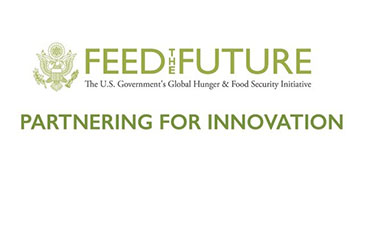 The drier parts of the world are where development challenges are the greatest and market failures are the most acute, and few if any of these are more urgent than in the ‘Sahel’ region of Africa. Its unusual tolerance of low inputs, especially water, make the cereal crop sorghum essential to human populations in the Sahel, where episodic drought is a fact of life. Despite its importance, sorghum improvement has lagged behind that of maize, wheat and rice, largely if not entirely due to greater effort invested in the ‘Big Three’.

Sorghum was the first crop with an African center of diversity to have its genome sequenced, in an international effort led by the PD. Here, in a partnership between African sorghum scientists, and leading international scientists with experience in crop breeding, physiology, and germplasm enhancement, appropriately engaging the CGIAR center with sorghum mandate (ICRISAT), and coordinating the CGIAR research program (CRP) on Dryland Cereals, we seek to employ the sorghum sequence in a balanced approach to address immediate needs of the African Sahel, to durably increase rates of sorghum improvement to better meet long-term needs, and to enrich knowledge of and opportunities for implementation of production systems that rebalance immediate productivity with preservation of ecological capital.

Our primary goal, advancing the productivity frontier through improved drought and heat tolerance of sorghum, is a major strategy for alleviating the threats of drought to food security. Despite its inherent drought tolerance, moisture stress is nonetheless one of the major constraints for sorghum production. As the most drought tolerant of the world’s major cereal crops, and with a worldwide water crisis beginning to unfold, there could be no better time or place to invigorate rates of gain in sorghum productivity through genomics-assisted breeding. In that scope the lab will focus on the adaptation of sorghum to water stress and to high evaporative demand, targeting BCNAM populations to harness the genetics of tolerance traits. It will also use crop simulation to characterize the stress scenarios in West Central Africa and test breeding/agronomic management packages that can boost sorghum productivity in the target region.

In parallel with advancing the productivity frontier, the project also has a focus on developing sorghum genotypes that are suitable for transforming production systems to reverse losses of ecological capital through multiple crops from single plantings. More than a half-century of climate change coupled with ongoing population growth has pushed agriculture increasingly into ecologically marginal regions. Already a staple crop in regions of Africa with the most severe soil degradation, the importance of sorghum might be made even greater by the development of productive genotypes that increase the extent and duration of soil cover, mitigating disadvantages of conventional annual crops. This approach also offers another significant change – permitting smallholders to tap the benefits of hybrid vigor while spreading seed and sowing costs over multiple cropping cycles. While use of hybrids is not presently widespread among the target population, this significant change in economics may strengthen the case for their broader utilization.

Each of our two research goals involve a prudent integration of cutting-edge genomics approaches (detailed below) with the wisdom of conventional crop improvement, building on the strengths of genotypes that are already appropriate for and accepted in the respective target regions to quickly develop immediately improved products (germplasm) and also establish a pipeline to durably increase rates of sorghum improvement to better meet long-term needs.

Improved sorghum varieties that combine diverse mechanisms and superior levels of drought tolerance with adaptation to local conditions will reduce production risks in drought prone areas and/or dry years, thereby enhancing food security through a larger and more stable food supply. Foundational knowledge of heat tolerance to be developed will be initially deployed using some of the genotypes we will employ for drought tolerance, while also guiding the development of populations targeted directly at this trait of growing importance. Sorghum genotypes that are optimized for ratoon/perennial production systems compatible with low seed and energy inputs while providing increased soil cover and associated advantages of mitigating or even reversing soil degradation, may be of enduring importance to sustain some of the poorest and most food-insecure human populations, dependent upon some of the world’s most degraded soils.

Toward translation of genetic improvements into increased crop production, outputs will feed directly into uptake and delivery programs through well-established links between our collaborating institutions and extensive farmer networks in India and West Africa (via ICRISAT), East Africa (via Jimma University, Ethiopia), South Africa (via ARC) and internationally (via The Land Institute). Delivery of our research outputs will leverage the Hybrid Parents Research Consortium (HPRC) set up by ICRISAT in India in 2000, as a partnership model for sorghum and pearl millet hybrid parents’ research. Academia will benefit from the project’s training of students and postdocs, developing knowledge and technologies on drought stress tolerance and end use quality traits, and characterization of germplasm and populations. In particular, via Jimma University, this study is an essential training vehicle for young Ethiopians who will be key to sustained long-term success and therefore would provide examples for other programs in the region. Further, systematic characterization of sorghum genetic diversity in Ethiopia, the center of diversity for sorghum, will fill a glaring gap in worldwide knowledge of sorghum’s center of diversity.