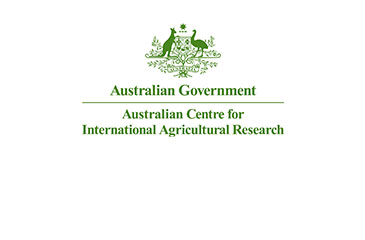 Postrainy sorghum is important for about 5 million households of India. Both grain and stover residues play an almost equally important role in the sorghum value chain, and the price of stover is linked to stover quality. Postrainy sorghum production is constrained by water limitation. The purpose of that project is therefore two-folds: (i) generate cultivars with higher productivity and quality under such limitation, (ii) generate knowledge to speed up the generation of improved cultivars for similar constraints across the world.

During the project’s first phase, the introgression of stay-green QTLs into senescent sorghum lines improved grain yield, stover yield, and stover quality traits, without trade-offs between these traits. There were also synergistic associations between stover productivity and stover quality. Introgression of these QTLs has then been initiated in the background of four farmer-preferred sorghum lines (M 35-1, Parbhani Moti=SPV1411, PhuleVasudha and CRS1) and need to be advanced by two more backcrosses before selection. Re-sequencing of introgression lines developed during the first phase, plus fine-mapping information on different stay-green QTLs and re-sequencing data for 40 diverse sorghum lines will provide a set of closely linked, if not gene-based, markers for precise selection of target genomic regions for the on-going breeding efforts.

A very solid ex-ante assessment (see Appendix) has shown the highly beneficial impacts of the proposed improved varieties, even in the most conservative scenario, for both the producer and the consumer. An important partner in the project, the Directorate of Sorghum Research (DSR), also has a good network of testing locations, including both DSR stations and regional stations of the State Agricultural Universities. DSR will undertake the seed release process of good materials during or beyond this phase.

From the first phase, the mechanisms underlying the expression of the stay-green phenotype have been identified: (i) improved water extraction; (ii) improved transpiration efficiency (TE); and (iii) reduced leaf area and large genetic variation for these traits has been identified. The second phase will then develop back cross nested association mapping (BCNAM) populations in the background of a few post-rainy season varieties with germplasm variants donors for these traits to harness their genetics and develop promising breeding materials. This anticipates an evolution from breeding “stay-green QTL” to breeding QTLs involved in the key underlying mechanisms, and/or combinations of these to optimize production.

Weather patterns in the sorghum production area show the existence of sub-zones with different stress severity patterns. Simulation of the effect of some of the underlying traits predicts an increase in yield and yield resilience (less frequency of crop failure), with the highest effects being specific to certain stress patterns. Crop simulation modeling will be expanded to West Africa to characterize stress patterns and prevalence and to guide the choice of key traits and/or management options for these different scenarios. The work is aligned with the CGIAR Research Program (CRP) on Dryland Cereals, and aims at a global integration of sorghum breeding efforts for water-limited environments, with short to mid-term support from ACIAR and long term support from the CRP.